The Erich Brost Institute for International Journalism in Germany and Mena Media Monitoring, in partnership with the Sudanese organization Salaamedia, organized a two-day workshop on media accountability in Sudan via Zoom. 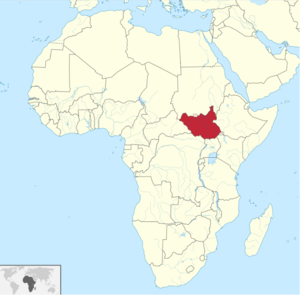 On 29-30 August 2021, the Erich Brost Institute for International Journalism in Germany and Mena Media Monitoring, in partnership with the Sudanese organization Salaamedia, organized a two-day workshop on media accountability in Sudan via Zoom. A group of representatives of civil society organizations, journalists, media lawyers, students, media actors and women right defenders from Sudan, as well as trainers from the Middle East and North Africa region participated in the workshop.

"This workshop was a historic moment, as it was the first time that an event was organized on the theme of media accountability in Sudan", stated Dr. Abbas Eltegani, a senior lecturer at the Centre for Peace Studies and Culture at the Sudan University of Science and Technology, who presented on the first workshop day an overview of the current state of play of media accountability in Sudan. During the relevant discussions problems have been highlighted of current existing structures in Sudan that often provide more space for sanctions in journalism rather than for media accountability. In this context the drafts of three new media laws (Press and publications law, Access to information law, Radio and television broadcasting law) have been seen as possible challenges for future journalistic work due to the fact that journalists so far have not been consulted in the draft of the relevant bills.

The workshop provided participants with a number of important presentations in the field of media accountability at the international and local level, such as the experience of Bosnia and Herzegovina in media accountability as well as the presentation by Dr. Ashraf Abdulaziz, Editor in Chief of Aljarida newspaper (Sudan), who provided experiences on media accountability methods in daily practice in newsrooms in the Sudanese context. The media lawyer, Mohamed Badawi, presented the draft of the new press law that is currently under discussion in Sudan. Media Accountability resources have been presented to the participants by a newly introduced MENA Media Accountability Online Resource Platform, which was developed by the Erich-Brost-Institute in English and Arabic language.

Dr. Abbas Eltigani recommended opening a public debate on media accountability in the Sudanese media and to establish a Media Accountability Working Group in Sudan. He pointed out that it will be essential to organize meetings and lectures also with Sudanese universities to raise the issue of including media accountability in media education curricula. This was not the only recommendation produced by the workshop, but more than 20 recommendations have been made by the participants in an attempt to answer the question: "What needs to be implemented in the near future in Sudan in order to strengthen media accountability?". The recommendations included, the need for an independent journalists' union to sponsor a unified code of conduct and the need to involve Sudanese journalists and media professionals in discussions on draft laws. In addition, the UNESCO proposal for the establishment of an Independent Commission for Information and Media Reform should be adopted in Sudan.

In the same spirit, the Erich-Brost-Institute for International Journalism Program Manager, Isabella Kurkowski,  recommended "building a bridge between Sudanese legislators and policy makers and media stakeholders under the auspices of international organizations such as UNESCO, in order to open discussion, exchange views and clarify important issues between all these parties, including a way to find a common ground for consensus and the establishment of agreed laws and structures for the media.

The workshop opened up prospects for joint regional cooperation between all media actors from Sudan, Tunisia and Germany. In 2014 the Erich-Brost-Institute for International Journalism established an Ombudspeople Network in Tunisia. The ombudswoman of the private radio station Radio Jawhara Fm in Tunisia, Narjess Mkhinini, who presented her experience at the workshop, explained that "the director of Radio Jawhara Fm opens his doors to Sudanese actors to exchange and share experiences from the Tunisian experience on media accountability in the newsroom.”

Following the presentation by Fatma Louati on the recently by Erich-Brost-Institute for International Journalism published pilot-study “Media Accountability in the MENA Region”, which researched the current media accountability situation in nine different countries, it was stressed by the workshop participants to carry out such a study also in Sudan.